· The main objective of the scheme is to reduce the travel time and inconvenience faced by the public, travelling from their homes to bus stands, railway and metro services, especially Bengaluru.

· Under the new policy for electric bikes, organisations or individuals will be able to register their e-bikes as taxis. · However, the bikes will have to clearly mention the words "bike taxi" in order to receive the status of e-bike taxi.

· The vehicles registered under this scheme will be in the transport category for which the government has given several exemptions like permit, tax.

· Also financial benefits will be given for the electric vehicles manufacturers.

· It is manufactured with transfer of technology agreement from Elbit Systems, Israel.

· The gun is meant for marine applications and can remotely engage targets.

· It is equipped with an inbuilt CCD camera, thermal imager and a laser range finder for observation and tracking of targets through day and night operations. · About: Indian Navy accepted the first two of its MH-60R Multi Role Helicopters (MRH) from US Navy in a ceremony held at Naval Air Station North Island, San Diego.

· India is procuring 24 of these helicopters from the US government under the framework of foreign military sales. · About: Government launched digital platform Kisan Sarathi on the occasion of 93rd ICAR Foundation Day, to facilitate farmers to get right information at right time in their desired language.

· As a result of integration of UMANG with MapmyIndia Maps, citizens will be able to find government facilities nearest to their location, such as mandis, blood banks and much more, at the click of a button.

· They will also be able to see these on the most detailed and interactive street and village level maps of India, built by MapmyIndia.

· Prime Minister of India, Shri Narendra Modi had launched the UMANG App in 2017. · UMANG brings major government services on a single mobile app, with a larger goal to make the government accessible on mobile phones of citizens.

MapMyIndia: · It is a product of an indigenous, company founded and headquartered in New Delhi, India, in 1995, which has digitally mapped the entire country. · It helps users find relevant places nearby and see them on detailed building level maps.

5. MoU signed between ITRA and Government of Gujarat

· About: An MoU was signed between Jamnagar based Institute of Teaching and Research in Ayurveda (ITRA) under Ministry of Ayush and the Government of Gujarat.

· Through this MoU all the institutions functioning in the Ayurveda campus in Jamnagar have been brought under the umbrella of ITRA, the only institution under the Ministry of Ayush that has been accorded the status of Institute of National Importance (INI). 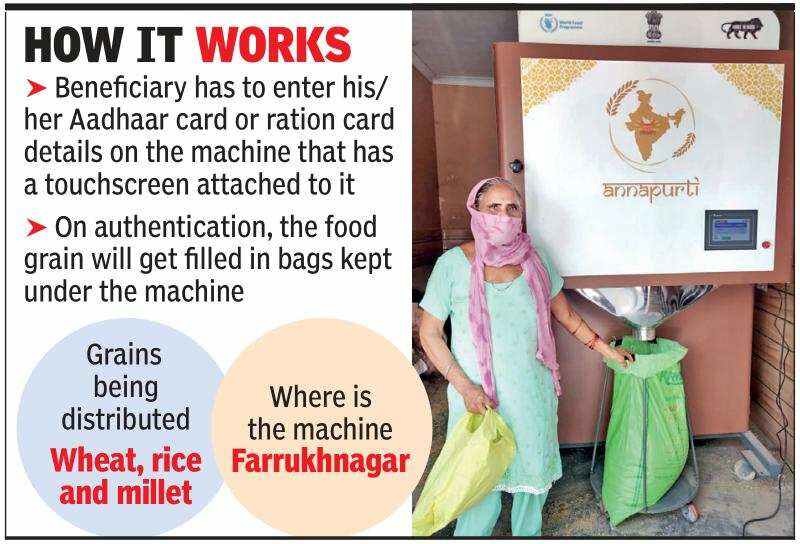 · About: Haryana government has set up India's first-ever 'Grain ATM' as a pilot project in Gurugram. The newly installed machines can dispense approximately 70 kg of grains in five to seven minutes' time.

· The residents are required to enter the Aadhar Card or Ration Card unique number, following which, the machine will dispense the quantity of ration [wheat, rice, or millet] as allocated by the Haryana government.

This machine will be installed under the ''World Food Programme'' of United Nations and is called Automated, Multi Commodity, and Grain Dispensing Machine.

· About: Gujarat High Court has announced that it is launching live streaming of court proceedings of all "willing benches" of the court from 17th July.

· Highlight: It will become the first high court in the country to allow public viewing of the proceedings virtually.

· About: The Adani Group has formally taken over the management of the Mumbai International Airport from the controls of the GVK Group.

With the addition of Mumbai airport, Adani Airport Holdings will now have control over 33% of India’s air cargo traffic.

9. India to get its first pod taxi service · About: India will see its first pod taxi running between Noida Airport and Noida Film City. It will start running on the tracks as soon as flights start operating from Noida Airport, which will run around 14 km.

· Pod taxis have been a popular mode of commute in several western countries, and can accommodate four to six passengers per car.

1. UAE to open embassy in Israel ·

About: The United Arab Emirates became the first Gulf nation to open an embassy in Israel, nearly a year after both countries signed an agreement to normalise diplomatic ties.

· Last month, Israel Foreign Minister Yair Lapid visited the UAE on the first official trip by an Israeli minister to the Gulf state, where he inaugurated the Israeli embassy in Abu Dhabi and a consulate in Dubai. ·

Israel and the UAE announced in August 2020 that they would normalise diplomatic relations, bringing over a decade of covert ties into the open. · Bahrain, Sudan and Morocco later also joined the US-brokered Abraham Accords. · About: China has officially begun the construction of the world’s first commercial modular small reactor ‘Linglong One’ at the Changjiang Nuclear Power Plant in the country’s Hainan Province.

· The multipurpose small modular reactor (SMR) Linglong One – also called the ACP100 — was the first such SMR which was given green signal by the International Atomic Energy Agency in 2016.

· The ACP100 comes with a generation capacity of 125,000 kilowatt hours, and once completed, it can climb up to 1 billion kilowatt hours, thereby catering to more than 500,000 households in China.

· Application of SMRs can significantly cut down the consumption of fossil fuel energy in China and instead promote energy conservation and carbon emission reduction. · About: Singapore unveiled one of the world's biggest floating solar power farms, covering an area the size of 45 football pitches, as part of the city-state's push to cut greenhouse gas emissions.

· The project comprising 122,000 panels on Tengeh Reservoir that will produce enough electricity to run its five water treatment plants. · Singapore is among the biggest per capita carbon dioxide emitters in Asia.

· The new farm can produce up to 60 megawatts of electricity, and will lead to carbon emissions reductions equivalent to removing 7,000 cars from roads.

· The two-day exercise from July 14 to July 15 aimed at enhancing mutual understanding and exchange of best practices procedures for countering common transnational crime was coordinated by the Maritime Warfare Centre, Mumbai.

· The exercise focused on maritime crimes like curbing narcotics and assistance in maritime search and rescue in the region.

· About: Israel will allow adults with severe pre-existing medical conditions to receive a third dose of the Pfizer vaccine against Covid-19, making it the first country in the world to do so.

· The rapid spread of the Delta variant has sent vaccination rates in Israel back up as new infections have risen over the past month from single digits to around 450 a day. 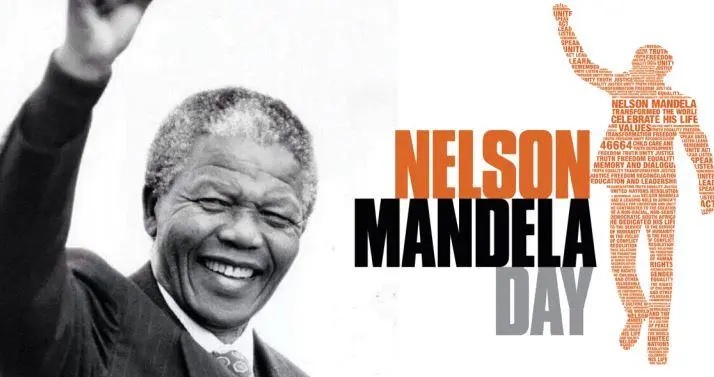 · About: The 18th of July is celebrated as the Nelson Mandela International Day every year. The day offers a moment for all to renew with the values that inspired Nelson Mandela.

· Theme: “One Hand Can Feed Another” · About: The World Day for International Justice is observed across the globe on 17 July every year to mark an emerging modern system of justice against international criminal acts.

· International Criminal Court (ICC) was formally established on July 17, following the adoption of the Rome Statute.

· Theme: is “A Call for Social Justice in the Digital Economy.

Powered By Graphy
Unable to Login? We are here - testjnana@gmail.com
Cart ( Items )
There are no items in your cart
Add More