2. Government to set up a world-class 'Indian Institute of Heritage'

About: The government has decided to set up the ‘Indian Institute of Heritage’ at Noida, Gautam Buddha Nagar.

3. Tamulpur Proposed To Be Created As New District
• About: Assam's first woman Finance Minister Ajanta Neog while presenting the State Budget pf 2021-22 proposed the creation of Tamulpur subdivision of Baksa district as a full-fledged district.
• Last year the Assam Cabinet led by Union Minister of Ports, Shipping and Waterways, AYUSH Sarbananda Sonowal had declared Bajali as the 34th full-fledged district of Assam.
• If the proposal is approved by the State Cabinet, it will become the 35th district of Assam.
• This is the first State budget of the Himanta Biswa Sarma led government which was formed in the month of May. • About: Spyware Pegasus, which is sold by the NSO Group of Israel, used to conduct surveillance on about 300 Indians, including two serving Cabinet ministers at the Centre, three opposition leaders, government officials, scientists and about 40 journalists.
• India was among the 10 countries where the numbers were concentrated with Mexico topping the list with 15,000 numbers.

5. Model to detect cancerous mutations
• About: Researchers from Indian Institute of Technology (IIT) Madras, have developed a machine learning model that can use genome sequencing data to detect cancerous mutations in the body.
• Cancer is caused by mutation or growth of cells in the body. While cell mutation is a common phenomenon, only some mutations cause cancer. They are called driver mutations.
• Other mutations, which are a majority of all mutations, are benign and are called passengers. • About: A team of researchers at the Indian Institute of Technology Hyderabad developed an Artificial Intelligence-powered Covid-19 test named Covihome that can be performed at an affordable cost at home
• This test kit can produce results within 30 minutes for both symptomatic and asymptomatic patients.
• It does not require RT-PCR (Reverse Transcription Polymerase Chain Reaction), an expert human resource, and a BSL 2 lab facility for the extraction of RNA.

7. IISc's 'warm' Covid vaccine
• About: A heat-tolerant COVID-19 vaccine formulation developed by the Indian Institute of Science (IISc) Bengaluru has proven effective against all current SARS-CoV-2 variants of concern.
• The formulation also protected hamsters from the virus and remained stable at 37 degrees Celsius up to a month, and at 100 degrees Celsius for up to 90 minutes.
• For example, Covishield vaccine must be kept between 2-8 degrees Celsius and the Pfizer preventive requires specialised cold storage at minus 70 degrees Celsius.
• The vaccine uses a part of the SARS CoV-2 spike protein known as the receptor-binding domain, to incite antibody generation. • About: Google celebrated the life and work of Dr. Kadambini Ganguly, the first woman to be trained as a physician in India.
• Ganguly was also the first woman to get admission to Calcutta Medical College, from which she graduated in 1886.
• Google doodle marked the occasion of Ganguly’s 160th birthday and sheds light on her exemplary work to uplift Indian women throughout the country.
• Ganguly was also one of the six women to form the first all-women delegation of the 1889 Indian National Congress. • About: Aadhimalai Pazhangudiyinar Producer Company Limited and Snehakunja Trust are among the 10 awardees of the prestigious UNDP Equator Prize for their work in the field of conservation and biodiversity.
• United Nations Development Fund (UNDP) gives a biennial award to recognize community efforts to reduce poverty through the conservation and sustainable use of biodiversity.
• Aadhimalai Pazhangudiyinar Producer Company Limited is a 1,700-member cooperative, managed and run entirely by indigenous people from the Nilgiri Biosphere Reserve in Tamil Nadu
• Snehakunja Trust has protected sensitive wetland and coastal ecosystems in the Western Ghats and the Karnataka coast for 45 years with a focus on community-based restoration and conservation
• The winners received a prize of US$10,000 and the opportunity to join a series of special virtual events associated with the UN General Assembly, the Nature for Life Hub, and the UN Food Systems Summit.

3. Successful trial of movement of train between India and Nepal undertaken

• About: Successful trial of movement of train between Jaynagar in India and Kurtha in Nepal was undertaken.
• The 34.50 km-long rail section is the first section of the rail line links between the two countries which connects Jaynagar in Madhubani district of Bihar to Kurtha in Mahottari district of Nepal.
• The Jayanagar – Kurtha Railway link has been set up by IRCON under India – Nepal friendship rail project with finance granted by the Indian government.

4. Monkeypox found in Texas
• About: A rare case of monkeypox was detected in Texas, marking the first such cases recorded in the state.
• Monkeypox belongs to the same family of viruses as smallpox.
• It is a rare but potentially serious viral illness that is characterized by flu-like symptoms and swelling of the lymph nodes, which gradually progresses to a widespread rash all over the face and body.
• Smallpox had a higher fatality rate than monkeypox.
• Monkeypox was first discovered in 1958 when two outbreaks of a pox-like disease were recorded in colonies of monkeys kept for research.
• The first case of monkeypox in humans was recorded in 1970 in the Democratic Republic of Congo during a period of intensified effort to eliminate smallpox.
• Scientists have so far discovered two distinct genetic groups of monkeypox virus—Central African and West African.
• The most recent case detected in the US has been infected by the type of virus found in parts of West Africa, including Nigeria. About: The Cannes Festival is an annual film festival held in Cannes, France, which previews new films of all genres, including documentaries, from all around the world.
List of the main winners:
• Palme d'Or: Julia Ducournau for "Titane" (France)
• Grand Prix: Shared by Ashgar Farhadi for "A Hero" (Iran) and Juho Kuosmanen for "Compartment No.6" (Finland)
• Best director: Leos Carax "Annette" (France)
• Best actress: Renate Reinsve for "Worst Person in the World" (Norway)
• Best actor: Caleb Landry Jones for "Nitram" (US)
• Best first film: Antoneta Kusijanovic for "Murina" (Croatia) 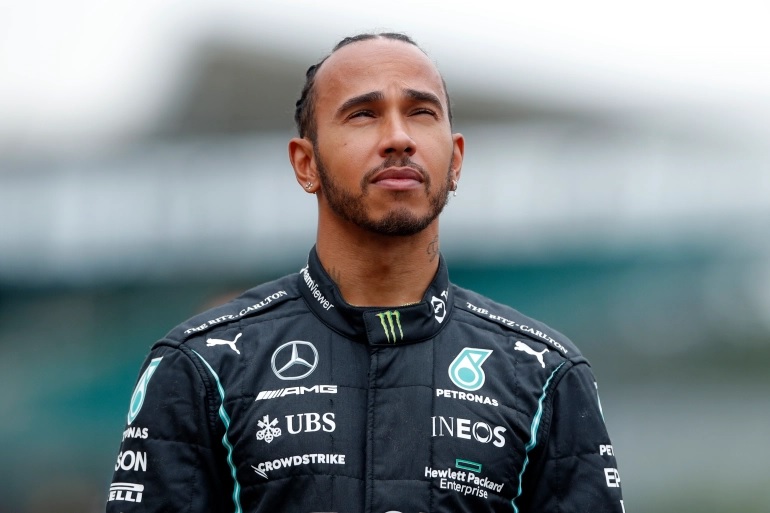 About: Lewis Hamilton celebrated a record eighth British Grand Prix victory after fighting back from a 10-second penalty for a first-lap collision that halted the race and sent title rival Max Verstappen to hospital. • About: The Tokyo Olympics will see six new sports that were not on the programme in Rio, out of which four will make their debut.
• Baseball and softball, surfing, skateboarding, karate and sports climbing will become part of the Olympic roster in Tokyo.
• Additionally, the Tokyo Olympics will also feature several existing sports in new forms in basketball and cycling.